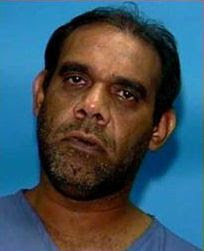 Posted by ATSI GRAPEVINE at 1:04 AM No comments: 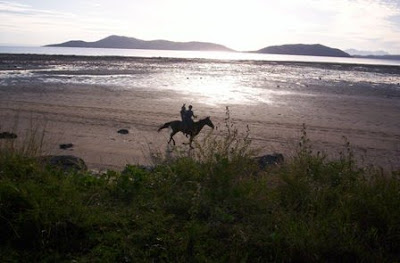 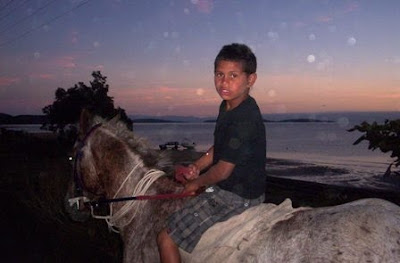 Posted by ATSI GRAPEVINE at 10:31 PM No comments: 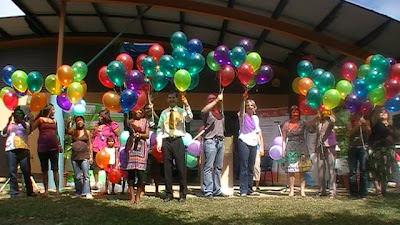 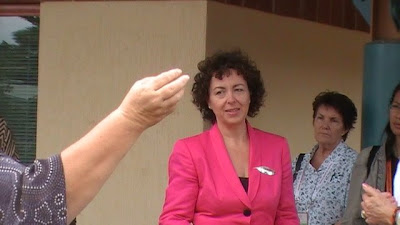 The visit was to talk to Wu Chopperen staff about the AustralianNurse-Family Partnership Program (ANFPP) which aims to improve the long term health, social and economic future of Aboriginal and Torres Strait Islander children, by assisting first time pregnant mothers and their families.

Mrs Rein also compared the situation in Australia with the Pacific Islanders, saying ' people who live on tiny little islands with no transport, what kindof care is best, do you take them out of the communities to give birth, or do you send a birthing attendant in. These are tricky questions for all our countries'.

Mrs Rein's visit to the Medical Centre coincided with the Pacific Islands Forum in Cairns for which the Prime Minister is the new Forum Chair. 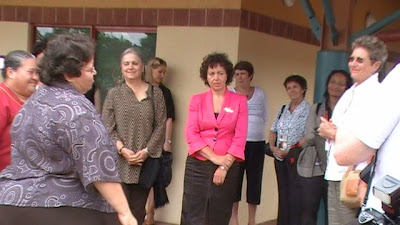 Posted by ATSI GRAPEVINE at 9:22 PM No comments:

“Help us, do something for us — but the way we want them to be done. Talk to us”, Alice Springs town camp resident Audrey McCormack pleaded of ALP conference delegates.

She was speaking outside the Sydney convention centre, at a public lobby coinciding with the first day of the conference, on July 30.

Organised by Stop the Intervention Collective, Sydney, the lobby demanded an end to federal government blackmail of Aboriginal communities, whereby they are forced to sign their land onto five-year leases to the government in exchange for housing and services. The communities that have signed onto leases haven’t got any new houses anyway.

Housing, Education, Health, Economic Development, all these issues are still not being deal with. Your Close the Gap resolution of 'Reconciliation with Aboriginal people's is not working Mr Rudd.

“We've had the gun at our head.” This is what William Tilmouth, Tangentyere Council CEO, said in response to Aboriginal affairs minister Jenny Macklin's triumphant July 29 announcement that the council had agreed to lease Alice Springs town camps to the federal government for 40 years in exchange for $135 million in housing upgrades.

Aboriginal people established the town camps to cater for people traveling to Alice Springs from out bush. In the 1970s, they managed to secure title over the town camps, and have been represented by Tangentyere Council ever since.

Click here to read more of this report.
***********************
How typical of the government to try to take over land that Aboriginal mob are living on in the Town Camps in and around Alice Springs. The Minister had previously extended time to allow for housing upgrades. But now to renege on that promise?

In May this year the Tangentyere Council called on the Australian government to continue lease negotions, but it seems the government had other plans.

Listen to an interview with William Tilmouth with Caama Radio
Posted by ATSI GRAPEVINE at 4:47 PM No comments:

Cape York Institute Director, Noel Pearson today spoke about the influence of lobbyists on the Queensland Government regarding the Wild Rivers Legislation.

Speaking with the ABC's Indiders program, Pearson believed the lobbyists had too much power and said 'no matter how many submission we make, the democratic process on submissions are not listened to."

Pearson claims the key issue is "whether paid lobbyists ought to be slinking around corridors, opening doors like pimps at a Fortitute Valley brothel." Pearson believes Premier Bligh was out of touch with what the community wanted and needed.

And the recent speech at Griffith University by former Fitzgerald Commissioner, Tony Fitzgerald regarding the last 20 years since the Fitzgerald Inquiry also pointed to corruption in the Queensland Government.

Its not the first time Wild Rivers has come under attack by Aboriginal representatives from Cape York. Pearson has been talking about dealing with the Queensland government for many years.

Posted by ATSI GRAPEVINE at 12:49 AM No comments:

How the Aboriginal and Torres Strait Islander Grapevine was created!

The Aboriginal and Torres Straig Islander Grapevine was created in recognition of Australia's leading Aboriginal actor, Mr David Gulpilil. Mr Gulpilil is Australia's most recognised Aboriginal personality with many films to his name. Some of his most famous films include "Storm Boy", "Rabbit Proof Fence" and most recently "Ten Canoes".

The ATSI Grapevine is intended to help you stay in touch with family and friends, network with community members, and other Aboriginal and Islander people, find out whats happening in other States and Territory's. You can also update your list of contacts, and find out whats happening near you. Join up and find family and old friends, or let everyone know what is happening in your home town. Learn new language words, ask about Aboriginal and Islander heritage, or simply join and be a part of Australia's newest network for Indigenous people.

HOW THE ABORIGINAL AND TORRES STRAIT GRAPEVINE WAS CREATED.

The Aboriginal and Torres Strait Islander Grapevine (ATSIG) was created because thats what it took to get a message to Gulpilil, who has no mobile phone because there are no mobile phone towers in Arnhem Land. Gulpilil is a member of the remote community of Ramingining. The call went out on Aboriginal Radio on the East Coast of Australia on National Radio that the Directors were looking for David Gulpilil. One thing about the Aboriginal and Torres Strait Islander (ATSI) community is that news travels fast. Someone heard this message and a few phone calls later and finally one of David's relatives heard the message and went to find David.

His journey is one that no man would willingly take, but being a relative and knowing his "Country" the message was on its way to Gulpilil. A few hours car ride into Arnhem Land, then on foot walking to a crocodile infested river, and swimming across the creek and then a few more miles on foot before he reached Gulpilil's Camp which is in the middle of nowhere.

Gulpilil knew someone was coming and then he received the message that he needed to call about a job. So Gulpilil trekked the many miles on foot, then swam across the crocodile infested river, then walking on foot again for a number of miles to the 4WD and then driving back to Ramingining to make his phone call. The next day Gulpilil was on a plane and had arrived on the East Coast and was ready for his interview. The Directors couldn't believe how fast the Aboriginal Grapevine was, commenting that it was faster than the Internet.

And so the Aboriginal and Torres Strait Islander Grapevine was created, as a dedication to the master, not only of Aboriginal Films but also of Arnhem Land and his country. For one man to be so dedicated to his art inspires me and a lot of other people that I know also. Please join us in celebrating the wonder of Australia's Oldest Living Race, and our journey's all over Australia.

Welcome to my ATSI Grapevine blog. I just wanted to start a blog spot where Aboriginal and Torres Strait Islander people could blog about news and community events specific to our community.

This blog will contain and reinforce the positive things we have in our communities, as well as deal with National, State, Local and community based issues that are important to us.

I encourage everyone to comment on the various blogs that we post and also encourage fair and honest discussion. I have good faith that people will not attack personally or professionally anyone who comes to the ATSI Grapevine and writes a blog.

Again welcome to the ATSI Grapevine blog.
[-0-]
Posted by ATSI GRAPEVINE at 11:13 PM No comments: